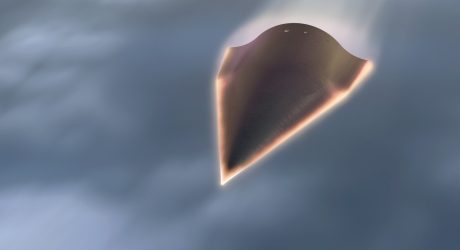 Tactical Boost Glide could move at speeds of up to 13,000 miles an hour.

“Lockheed Martin just won a $147 million contract to build a vehicle capable of flying at speeds of Mach 20. The goal is to create a high-speed delivery system that could bomb targets thousands of miles away in an hour or less. It’s similar to what other countries, including Russia and China, are working on.

Tactical Boost Glide (TBG) will be an air-launched boost glide weapon system. The TBG itself is a aerodynamic, arrowhead-shaped vehicle fitted on the nose of a rocket. The rocket in turn is carried by a large aircraft such as a B-52 bomber, which would carry the rocket to high altitude and then launch it….”